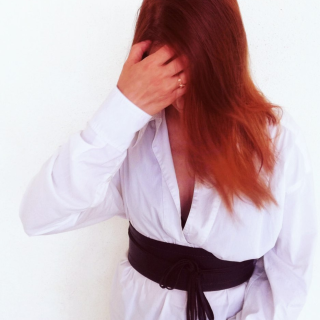 All the clocks were wrong

Few things I treasure more than James Joyce’s definition for an epiphany. The idea of a sudden revelation had sat in my mind since my teenage years. Those very few moments in life we stop thinking, and start feeling.

Back in 2019, I was standing, 8:55 AM, waiting for coffee in the perpetual rush of leaving for work. The clock was wrong. All the clocks were wrong, yet on purpose. None of them was a simple clock. A kind reminder for how special people can be, especially those who cannot read clocks. We were in a kitchen in Bovisa, with mixed feelings since months. A feeling of belonging was growing despite of everything.

None was ever allowed to comb my hair like a doll, and kiss me so softly. These eyes possessed to me the depths of the oceans, and the dance of an endless fire. And we met, and we laughed. And no one for sure realized why.

While I was waiting for the morning coffee to hit us, I found myself surrounded by a strong perfume of roses. I almost felt sick. Still it was so clear and honest, that I started looking for flowers in the kitchen to only see there were none. Time flied, and we were on the road: off to another busy day. We had good chemistry, he said.

A few weeks later, I woke up in the middle of the night freezing and with a sense of anxiety. The day after, our supposed relationship – something we both did our best so it would never have to happen, ended. In front of another view, of another coffee. It was just a foggy Sunday, and I found myself on the road with the promise to the man of being happy . After all, I thought, we made it: we shared our promise.

I often questioned myself with the meaning of the rose’s smell, and of that freezing night. I still do at times, surprisingly. Now I know there are bonds no words can tell, feelings no one can tell. They sit in a broader order, the one from the books. I tried to remember these moments. They brought back a feeling of anxiety and peace, the same mixed feeling those eyes from abroad flushed into mine, reminding me where I come from and where I am headed to.

Maybe we just have to look up in our own personal Dictionary to a place where words end, and the hearts start beating to the sound of mystery. A place for kairos, the time that needs no clock. So we stop thinking, and start feeling. Cosmic order has no labels and involves mutuality: now it lies under my skin, carrying the evidence of science and love, the magic of the stars and oceans.

This story had been told millions of times. And yet it is never the same.